mathersonthemap
•
Follow
It SNOWED again! I guess all this searching for cold weather finally brought it to us!! ❄️❄️ Also #flashbackfriday to enjoying a day in Toronto being tourists. Every now and then it’s nice to just have a day to ourselves in a new city, who’s with me!
View on Instagram |
2/14

mathersonthemap
•
Follow
Morning friends!! Kev and I woke up this morning excited to look into new adventures for 2022! Wow, 2022 sounds crazy just saying it. This year we are hoping for some really fun adVANtures and to complete our goal of making it to 6 more countries…though we don’t think we’ll make it before our 30th birthday! What do y’all want to see? International travel? More adVANtures! 🗺✈️
View on Instagram |
3/14

mathersonthemap
•
Follow
OUR NEW VLOG IS UP!! Check it out for our top 10 #vanlife destinations in North America, even though I’m sure you can all guess what number one is! 🌊🌞
View on Instagram |
4/14

mathersonthemap
•
Follow
Happy first MOTM Tuesday of the year!! 🎈🎊 For todays vlog we have something special planned, but before we get into all that have y’all seen last weeks vlog??? We traded van life for cabin life and had an absolute blast. Then we stocked up on some goods for Christmas before crossing the border back into the US. I’m not gonna lie that cabin gave us all the feels and has us wanting to invest in one of our very own!! If y’all want to check out the cabin for yourselves head on over to @staywithlodgr for more information! 😍
View on Instagram |
5/14

mathersonthemap
•
Follow
Happy Monday everyone!!! What’s better than a cozy A-Frame on the lake… a cozy A-Frame on the lake with snow!! Today we are back home in NJ enjoying… a SNOW day! ❄️ And though we are super happy to be cooped up in our cozy home, we would have absolutely loved this weather while staying at this cute cabin on the lake! If your interested in booking this cozy cabin head over to http://Lodgr.ca or check them out on here @staywithlodgr, it’s probably even more perfect in the snow, just saying!!
View on Instagram |
6/14

mathersonthemap
•
Follow
Cozy cabin feels 😍 The only hint missing was a fire place but I think we improvised just fine 😉🔥❤️ If your interested in booking this cozy cabin head over to http://Lodgr.ca or check them out on here @staywithlodgr. Your sure to have a good time!
View on Instagram |
7/14

mathersonthemap
•
Follow
There’s no place like a place on the water. 😍 Did you know that it has been scientifically proven that being by moving water makes you happier? I believe that 100%! There is something so calming about moving water; lakes, rivers, oceans, you name it! If you saw our most recent vlog then you know we traded vanlife for cabin life before crossing the border back in to the US. It was just the relaxing stay we needed. Christmas movies, fires outside, and the sound of Lake Erie out our window… it was absolute perfection! 🌊💙 If your interested in booking this cozy cabin head over to http://Lodgr.ca or check them out on here @staywithlodgr!
View on Instagram |
8/14 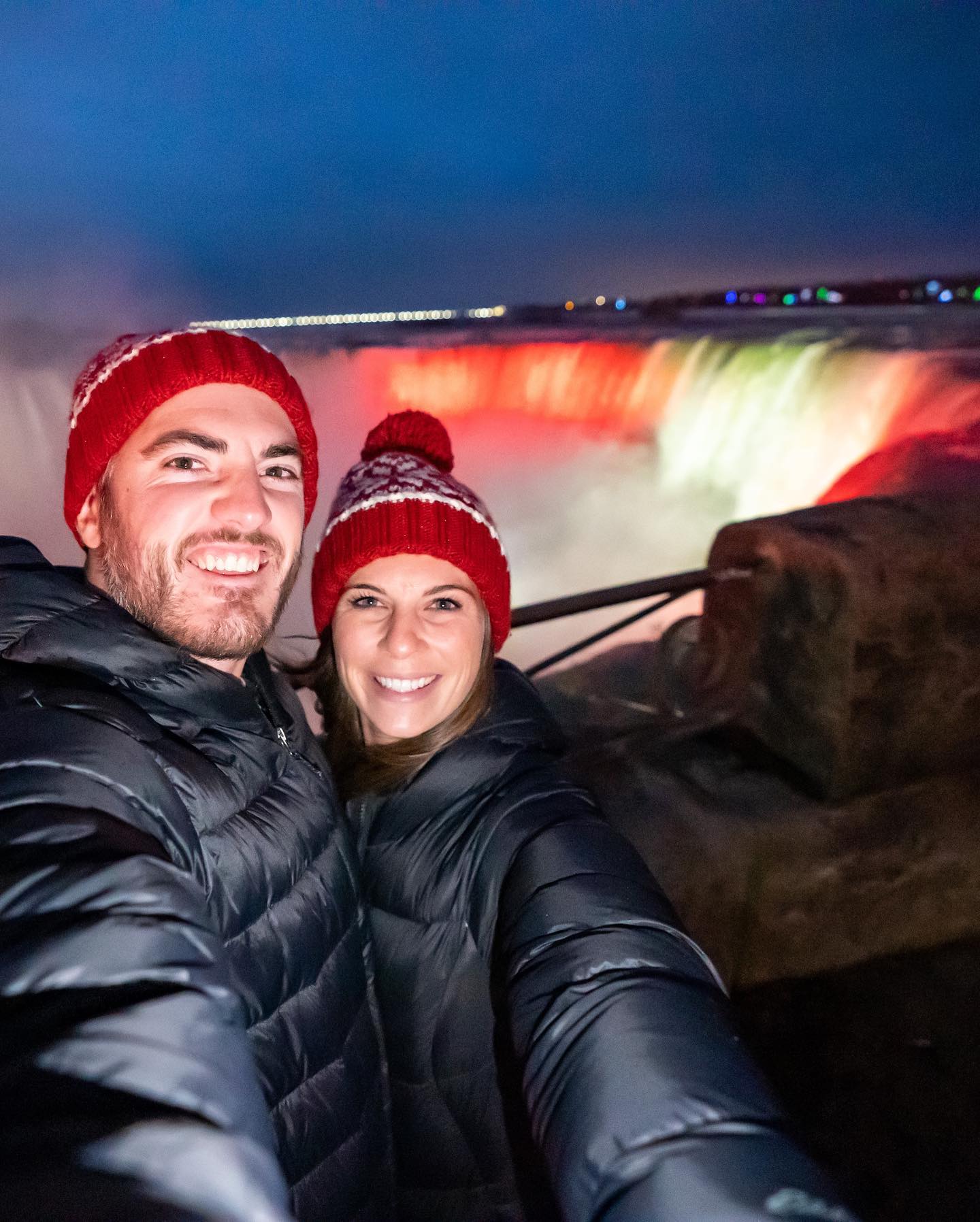 mathersonthemap
•
Follow
Standing next to Niagara Falls and feeling soo small!! 😮 This place it truly magnificent and sooo breathtaking, I mean the amount of water rushing over the falls is literally insane! Check it out and find out how much water goes over the falls in 1 minute on our new vlog that’s going live at 4!! 🎥✌🏼
View on Instagram |
9/14

mathersonthemap
•
Follow
Last one I promise! These markets were super fun but maybe next year we’ll check out EUROPE! 😍
View on Instagram |
10/14

mathersonthemap
•
Follow
Merry (belated) Christmas from us, at two of our favorite markets, to you!!! Hope everyone had a wonderful holiday!! 🎄🎁🎅🏼
View on Instagram |
11/14

mathersonthemap
•
Follow
Merry Christmas Eve everyone!!! 🎅🏼🎄 Our last Canadian Christmas Market vlog is live and it’s sureee to put you in the Christmas spirit!! Hope you all have a wonderful day!!
View on Instagram |
12/14 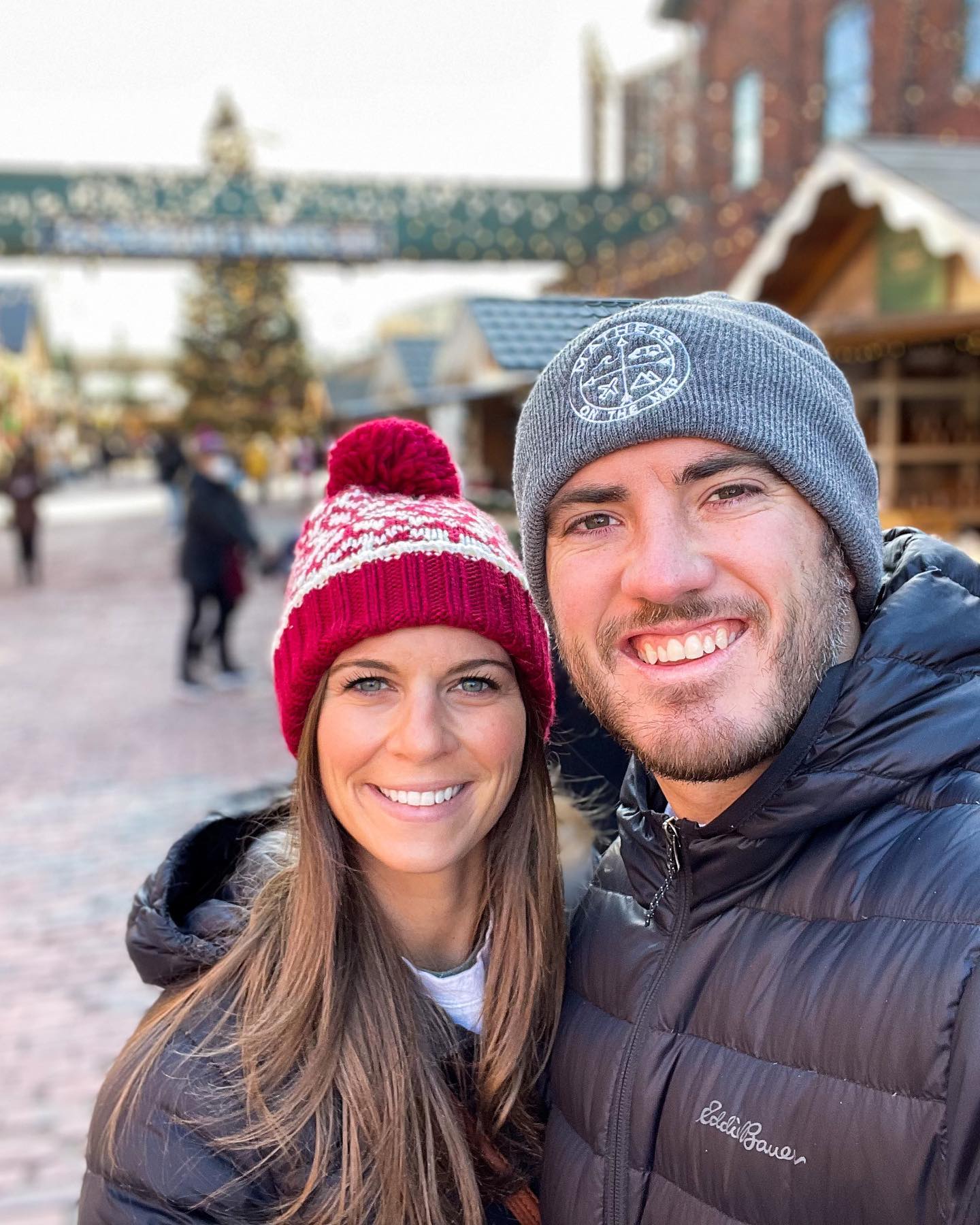 mathersonthemap
•
Follow
Double posting today because it only 2 days til Christmas and we just posted our last Canadian Christmas Market vlogg!! Today, we are exploring Toronto’s Distillery District, eating even more poutine, trying Canadians donuts, and indulging in pretzels the size of our heads! You seriously won’t want to miss it, it’s up on YouTube now!
View on Instagram |
13/14

mathersonthemap
•
Follow
PERTH! 😍 I’m not sure where to even begin with this cute little town! Honestly, it’s towns like this that make us grateful for vanlife because Perth is one of those places that we probably would have never stopped at had we not been driving through. This town seriously has the charm of a Hallmark movie and though we only spent about an hour wandering around I’m really happy we made the stop!
View on Instagram |
14/14
View on Instagram

If you’re planning a trip to Atlantis Bahamas then get excited because there’s so much to do. Taylor and I stayed there for 4 nights / 5 days, and absolutely loved it! We stayed at the Royal Tower Hotel which is 1 of the 5 Atlantis hotels you can stay in. All but 1 are in the main resort area (the resort is huge) but we think the Royal Tower has the best location.

Here’s what to expect if you staying at the Royal Tower Hotel in Atlantis.

Like I said in the introduction, Taylor and I both think the Royal Tower has the best location in the vicinity to the pool, water park, casino, marina restaurants, and other amenities like the fitness center.

You can see in the map above, I highlighted the desired locations within the resort. In our opinion, the Royal Tower is in the center of everything and makes it easy to get around. It is close to the best beach (with the softest sand), the water slides, casino and the marina (which has the best restaurants).

We created a video on youtube to show you exactly what the room looks like. In our opinion, Atlantis, the rooms should be a little more updated, especially since the hotel is very expensive. We’re not saying it was bad, however, we would just expect a newer look.

One of our biggest complaints about the room was the lack of space on the deck. The deck is very small maybe 18 inches wide which is very unfortunate because it would be really nice to sit and relax on your deck. There are some rooms with a full deck towards each end of the tower, these are likely corner rooms, maybe you can request for one specifically.

In the Royal Tower you can have different experiences based on your room location. First, there are two towers connected by a bridge suite. The two towers are described as the east and west towers, with the east tower being closer to the Casino and main lobby where the west tower is closer to the Cove hotel tower.

There are also different type of views you can have in the Royal towers. A Harbor view, a Water view, or a hybrid view (both of the harbor and ocean which is either looking along the coast of the island towards the cruise port or towards the marina.

We recommend a water view on a high floor (floor 11 and up) which overlooks the water park as well as the beaches. Our view was on the 6th floor, which you can see in the video above. It had a nice view but it wasn’t high enough to see the beach, which was hidden by the palm trees.

If you’re paying for a room you can select which type of view you want, however, keep in mind a water view will be more expensive than a harbor view. A little tip, at time of check-in, ask for a water view and they may give it to you as a courtesy! It happened to us!

Here is the list of Atlantis’ 5 main hotels from most expensive to least expensive.

What should you expect to pay?

You should expect to pay anywhere from $300-400 a night for a hotel room in the Royal Tower during peak season which is February to April, July to August, and November to December.

You can expect to pay lower rates during the off-peak months which are May, June, September, October, and January. In fact, I saw rates as low as $175 per night in October, but that is during hurricane season (September/October) which we do not recommend!!!

Also, keep in mind you’re also going to get hit with taxes and resort fees, which can add up quickly! You should expect to add $55 for resort fees plus a 12% tax!

Here’s a blurb right from Atlantis’ terms and conditions:

· Wi-Fi in guest rooms and lobby areas for up four (4) devices
· Access to Aquaventure, a one-of-a-kind 141 acre waterscape
· Access to the Fitness Center:  Up to 2 persons per day per room
· Fitness center access entitles guests to complimentary use of the cardio studio, universal and free weights only.  Tennis, fitness classes and personal training sessions are not included.
· Two (2) 12 oz. bottles of water daily per room.
· Unlimited local phone calls
· Access to the Atlantis Movie Theater
· Resort Shuttle Service
· In-Room Coffee and Tea
· Casino Lessons

The Bahamas’ current Value-Added Tax (VAT) rate of 12%, subject to certain limited exceptions as prescribed by the Bahamian Government.

How to get the Royal Tower Hotel for only $64 per night!

If you are new to our blog, Taylor and I love to travel hack and save a ton of money on our travel adventures. In fact, this trip to the Atlantis only costs us $100 each in airfare and only $267 for 4 nights at the Royal Hotel, totaling a little more than $467.

We were able to do this by matching out status with Caesars Total Rewards casino. If you are a diamond member with Ceasars, Atlantis will give you a complimentary 4-night stay at the Royal or Beach hotel depending on when you travel. On-peak dates score you the Beach Hotel and off-peak dates scores you the Royal Tower. We know the Royal is much better than the Beach hotel which is why we decided to travel during the off-peak season.

If you want to be a part of our travel hacking community head to https://travelsecrets.mathersonthemap.com where I teach you everything there is to know about saving thousands of dollars on vacations.

You have a few options to get to Atlantis and the Royal Tower Hotel from Nassau’s airport, known as Lynden Pindling International Airport,

Taxi Service from Airport to Hotel

The taxi service offered in Nassau Bahamas is very safe and organized. In fact, taxi rates are controlled by the government to ensure tourists are charged fairly.

At the surface, a trip from the airport to Atlantis is $38 which includes two people. However, expect to pay more, if you are bringing any luggage (which you likely are if you’re on vacation) because you will be charged an additional $2 per bag.

Below are the prices you can expect to pay.

Limo Service from Airport to Hotel

If you look at the image above, you will see you can order limo service for $100 one way to and from the airport to Atlantis. This is great if you have a big group of people or multiple families traveling together.

Atlantis also offers a shuttle service from the airport to the hotel round trip for $68.74 for two people. This is a great service if you’re traveling with one other person, (two people) since you are charged roughly $17 per person one way. If you have 3 or more people than it pays to get a taxi.

Overall, Taylor and I do think the Royal Tower is a great choice if you are planning to vacation at Atlantis Bahamas. You will have a great location and nice room, and a great view depending on what floor your on.

If you have any questions, please drop a comment below!