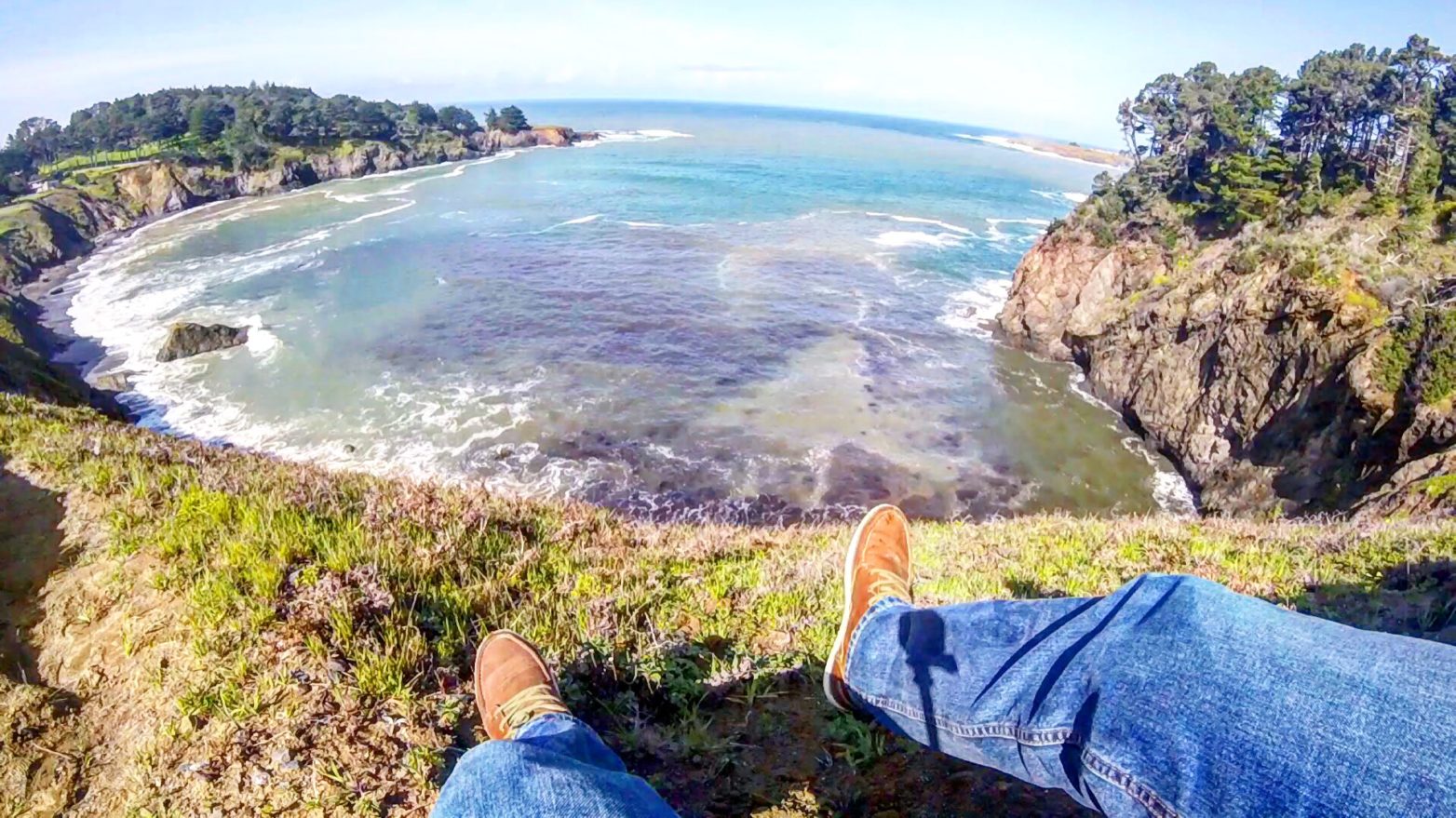 While living in Huntington Beach, CA, Taylor and I decided to drive up the coast of California for a mini getaway.  We both had the Pacific Coast Highway (PCH) road trip on our bucket list took advantage of the opportunity.  Unfortunately,  Big Sur State Park suffered from several mudslides due to the recent rain and we were unable to see the entire state park because of the road closures.  Instead, we drove all the way up to Crescent City (20 minutes from Oregon) and made our way down the coast.  We covered roughly 2,000 miles in four days starting from Huntington Beach, Ca.  Below is a breakdown of the places we explored and are some of the highlights of the trip (ignore the yellow icons – gotta love California traffic).

One thing to note, we didn’t go into the heart of San Francisco, since we had plans to make a dedicated trip there.

The Top 20 Things We Did on Our PCH Road Trip

Our first stop on our northern California road trip was at a breathtaking lookout at Brother Jonathan Park in Crescent City.  Brother Jonathan Park is right along Pebble Beach Drive and very easy to access.  This park was named after a paddle steamer struck an unseen rock killing almost all of the passengers aboard.  Brother Jonathan Park was previously used as a resting place for those who lost their lives during this shipwreck.  Since then most of the graves have been moved but the memorial still remains.

You can also see Battery Point Lighthouse from Brother Jonathan Park as well.

Pebble Beach Drive has great views of the rocky coast and the beachfront properties that overlook the breathtaking cliffs.  Be sure to check out George’s Point right off Pebble Beach for a secluded overlook of the northern Pacific.

A few miles outside of Crescent City there is a short but sweet hike called Stout Grove located in Jedediah State Park.  To get to the hike, you have to drive through the redwood forest, on a dirt road, we advise a high clearance vehicle and expect your car to get covered in mud!  The hike itself is a 1-mile loop, alongside the Smith River.

Stout Grove is known as one of the most scenic areas to view the Redwoods.  The grove is not home to the largest of the Redwoods but it is densely packed with Redwoods throughout its entirety.

As you make your way south of Crescent City down Rt. 101 you will run into Wilson Creek Black Sand Beach.  This beach is known for its black sand, rocky shore, and driftwood.  Plenty of people park on the side and take a few moments to admire the scenery.

Klamath Overlook offers close to 180 degrees of fascinating views and an opportunity for some whale watching.  It is here where the Klamath River can be viewed meeting the Pacific.  Located between the Klamath River and the Pacific Ocean is a small beach/sandbar (could be covered with a high tide) that can be seen in the photo below.

Off Highway 101 you can find camping and hiking areas at Gold Bluffs Beach.  Some awesome perks of this campsite include listening to the waves crashing on the beach, personal fire pits, picnic tables, and restrooms with running water!  Gold Bluffs Beach is also known for its elk population and it is common to find elk grazing along the beach!

To get to the beach and campsite, campers have to drive through the Redwoods on a rocky, beaten down dirt path, expect a bumpy but beautiful ride (we thought we were in a rain forest).

If you have a high elevation vehicle and/or water shoes, you can make your way to Ferns Canyon which is about a mile from the campsite.  Unfortunately, we didn’t have either and missed the opportunity, but if we did it would definitely be on our top 20 list!

Chandelier Tree is about three hours south of Crescent City; if you are taking Rt. 101 be sure to detour off along the Avenue of the Giants to drive through more of the Redwood Forest on your way to the Chandelier Tree.  As you approach the intersection of Rt. 101 and Rt. 1 you will come across Chandelier Drive-Thru Tree.  It costs $5 to drive your vehicle thru and snap a neat picture.  The Drive-Thru tree is open seven days a week from 8:30 am to 8:00 pm.

It is definitely a tourist trap but a check off the bucket list!  Luckily we made it to the tree just a few minutes before it closed for the night, so we had the place to ourselves.  Make sure when driving through the tree to bring in your mirrors, it is a tight fit!

Glass Beach in Fort Bragg received its name due to the abundance of sea glass washed up on the beach. The abundance of sea glass is caused by folks consistently dumping garbage into the ocean just north of the town over the years.  Luckily the disposal of garbage in the ocean has come to an end, and ironically mother nature has found a way to turn this negative action into a beautiful place to visit.

Glass Beach also has scenic views of the blue ocean crashing on the rocky terrain.

The lighthouse is free for those who want to walk up to it and take pictures.  However, for travelers who choose to climb to the top, it costs $7.50 per adult and $1 for children 12 and under.  Found next to the lighthouse are lodges were families and tourists can spend the night.

When crossing the Golden Gate Bridge take note that they DO NOT have toll collectors, so remember to go online within 48 hours of crossing the bridge to pay your toll fee!

Marshall’s Beach is a great location for a sunset happy hour, as well as checking out a different perspective of the Golden Gate Bridge.  You can find this trail on the south side of the bridge along Lincoln Blvd.  After parking, visitors must walk down flights of steep steps and past Battery Crosby.  This deters many tourists so those who do make it all the way down commonly have the place to themselves.

If you have limited time in San Francisco and simply passing through, check out 16th Avenue Tiled Steps and Grandview Park.  The local neighborhood created the tiled steps and manages the garden surrounding it.  Now it is a great place to grab a photo and make your way up to Grandview Park for better views.

If you trek all the way up the Tiled Steps you are a short walk to Grandview Park where you can find panoramic views of San Francisco.

Mavericks is home to the biggest wave in California with waves up to 80ft in the winter.  This surfing spot generates large waves due to a unique rock formation underwater and is the location of an invitation-only competition each winter.

Steamers Lane is a popular surf spot in Santa Cruz that is right in front of the Santa Cruz Surf Museum.  You will find a consistent point break.  Along the coast of Santa Cruz, you will also find multiple surf spots including Pleasure Point and others.  There is a good chance you will see sea otters out in the water feasting on fish and crab.

Heading south from Santa Cruz along the coast of Monterey Bay you will come up to Monterey where you can check out the different shops at Cannery Row.  There’s everything from breweries, breakfast shops, to nice restaurants.  There is also a shop to purchase saltwater taffies.

Continuing south through Monterey will lead you to Pebble Beach.  In Pebble Beach, you can drive along 17 Mile Drive.  It costs $10 per vehicle but offers beautiful views of the coast.  There are plenty of mansions to admire along the drive as well.  However, this wasn’t a major “Hell Yea” activity, so if there’s something you need to cut from your list, this is it.  It was simply a bucket list item for us and we checked it off!

If you stop in Carmel, check out Ocean Ave between Monte Verde St and Junipero St.  There are plenty of shops, restaurants, and a few wineries to grab a bite to eat and enjoy the day.

Big Sur State Park is absolutely breathtaking.  The drive along PCH is one to remember and there are plenty of hiking trails to trek through.  You can also find plenty of campsites and pitch up for the night and enjoy some of California’s natural beauty.

If you have any other recommendations, please drop a comment below!

A washed-up hockey player, surfer, and husband currently working towards financial freedom and showing you how we do it as a couple. I started this blog initially as a personal finance blog but after getting married, Taylor (my wife and best friend) and I decided to switch gears into the travel world sharing our experiences with you along the way.

Most Memorable “One Tree Hill” Locations Every Fan Can Visit

During our road trip south along the East Coast, Kevin and I stopped at what...

Greatest Spots To Eat And Drink In The Keys

Planning a getaway to one of Florida’s most beautiful and popular destinations? You... 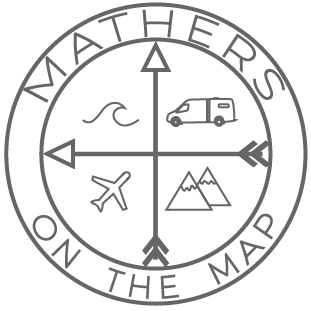