mathersonthemap
•
Follow
Still can’t believe this place actually exists 😍 …or that it’s just as beautiful as the the pictures we’ve seen! What an incredible stop on the Iceland road trip, truly one for the books! 10/10 recommend giving this place a stop, you won’t be disappointed! 🤩🤯 #studlagilcanyon #studlagil #icelandexplored #hikeiceland #discovericeland #easticeland #canyonviews #saturdaymood #saturdaymotivation #hikemore #hikelife #hikeon #icelandtrip #icelandtravel #roadtrip
View on Instagram |
1/14

mathersonthemap
•
Follow
Huge shoutout to @happycampers_ for making this Iceland roadtrip possible!! It would have been impossible to see and do everything we did in the same timeframe without the flexibility of van life so we are super grateful! The van didn’t exactly look like ours or have the same amenities but we wouldn’t have had it any other way! So many memories were made and we can’t wait to go back! See ya later Iceland! 🫡
View on Instagram |
2/14

mathersonthemap
•
Follow
It’s MOTHERS DAY in the US (& a few other countries) so Happy Mom’s Day to all the amazing moms out there! 🌸💕 Y’all are killing it! Special shoutout to our moms, @barbwrez & @cmmathers! We wouldn’t be where or who we are today without you guys! We love you both so so much! Also shoutout to @mwrez and @tmathers97 for being the best moms to our favorite little dudes, y’all are an inspiration! 👶🏼💙
View on Instagram |
3/14 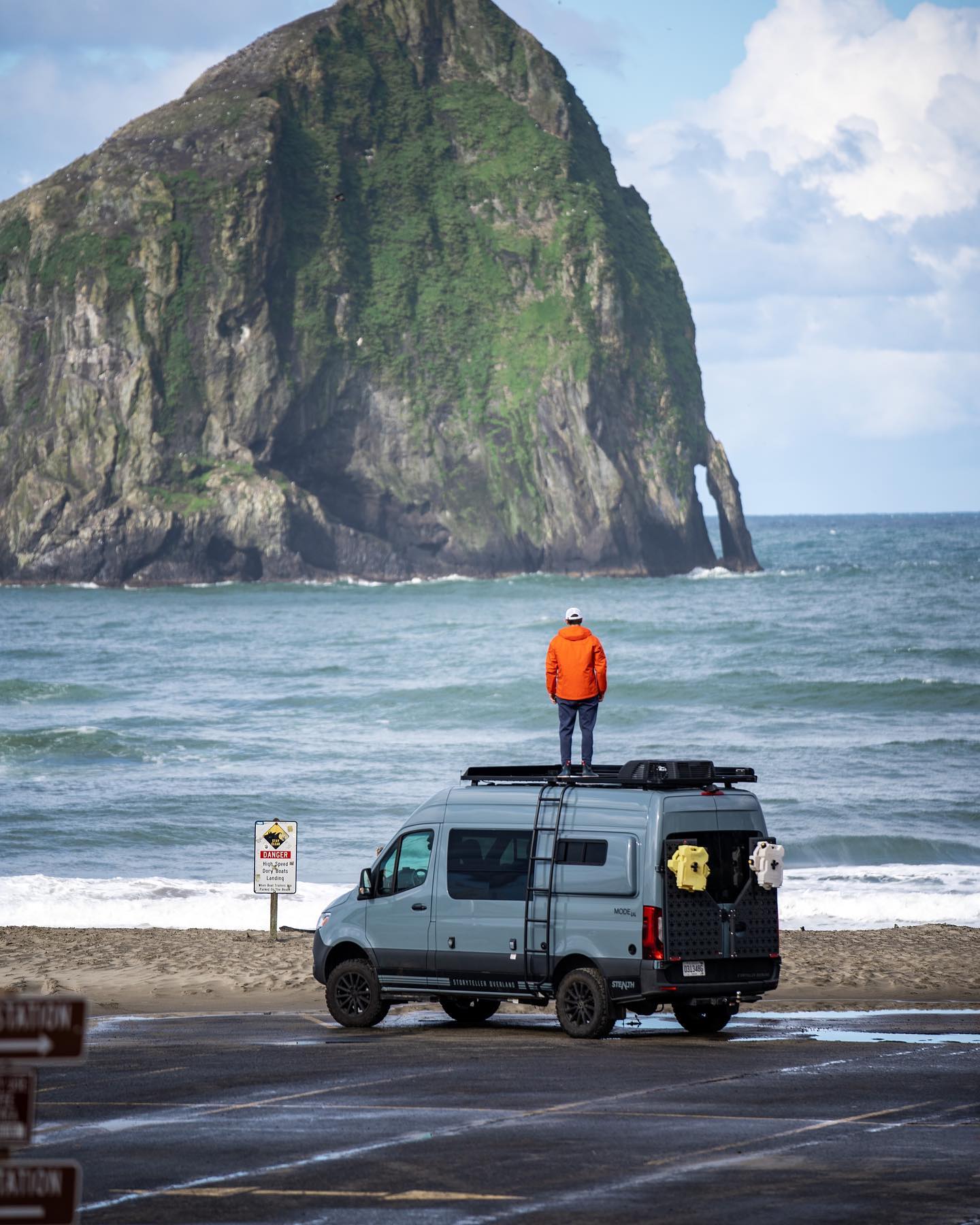 mathersonthemap
•
Follow
Hey guys!! 👋🏼 There are a few new faces here, so I just wanted to take the time to introduce myself! I’m Kevin, the other half of Mathers On The Map! •I am an uncle to two little dudes •I love to surf 🏄‍♂️ •I tend to bug Taylor to get the “perfect” video b-roll shots 🫠 •I hate sleeping in 🛏😡 •I edit the 🎥 videos and pray Taylor approves them! 🤓 ↓↓ & I would love to hear some fun facts about y’all! Leave ‘em here!
View on Instagram |
4/14

mathersonthemap
•
Follow
Smith Rock State Park 🧡 Did you know Smith Rock State Park is one of the 7 Wonders of Oregon? It also has over 1,800 climbing routes, on average is sunny over 300 days a year, and is only an hour and a half from Bend! It’s a must hit if you ask us, but make sure you bring your hiking boots for the Misery Ridge Trail! It’s straight up but worth it for the panoramic views! 😍🫠 #smithrock #smithrockstatepark #oregonexplored #visitoregon #hikeoregon #oregonisbeautiful #pnw #pnwonderland #pnwlife #travel #usatravel #vanlife #oregonvanlife #oregonbound #oregonstateparks
View on Instagram |
5/14

mathersonthemap
•
Follow
Happy Monday! 🎉 I’m Taylor and one half of Mathers On The Map! Since there are new faces here, I thought I would personally introduce myself! Hiiiiii 😁 •I am an aunt to two beautiful little boys! •I love a good book on a rainy day 📚 •I hate BBQ sauce 🤢 •The beach is my happy place! 👙☀️🐚 •I’m pretty unproductive on an airplane… 🎥 🍿 •& I like to travel! 😉 Pretty predictable right? Should I mention I also love Target!! 😍😂
View on Instagram |
6/14

mathersonthemap
•
Follow
BONUS VLOG TODAY… and it’s all about our most recent home on wheels! Check out todays vlog at 10:30 am EST on our YouTube channel for the full van tour of Storyteller Overland’s Stealth Mode 4x4!! You won’t want to miss it, we do a full breakdown on how it compares to our own build, what we love about it, and even some parts we don’t! 🚙👍🏼
View on Instagram |
7/14

mathersonthemap
•
Follow
Happy Earth Day to this beautiful world we live in! 💙💚 There are a lot of new faces on here so we thought we’d take a second to share some fun facts about ourselves! 👋🏼 Hey we’re Kevin & Taylor! •we were both born and raised in New Jersey •we met in college and have been married for almost 4 years now 🤵🏻‍♂️👰🏼‍♀️ •we started our YouTube channel, Mathers On The Map, in 2019 when we bought our van 🎥 •our favorite international travel destinations are Bali, Switzerland (omg the food), Finland, and Belize •Baja vanlife is easily our favorite!! 🌮 •we live at the beach 🏖 •& we were born only one day apart! ↓↓ Comment and tell us a fun fact about you!
View on Instagram |
8/14 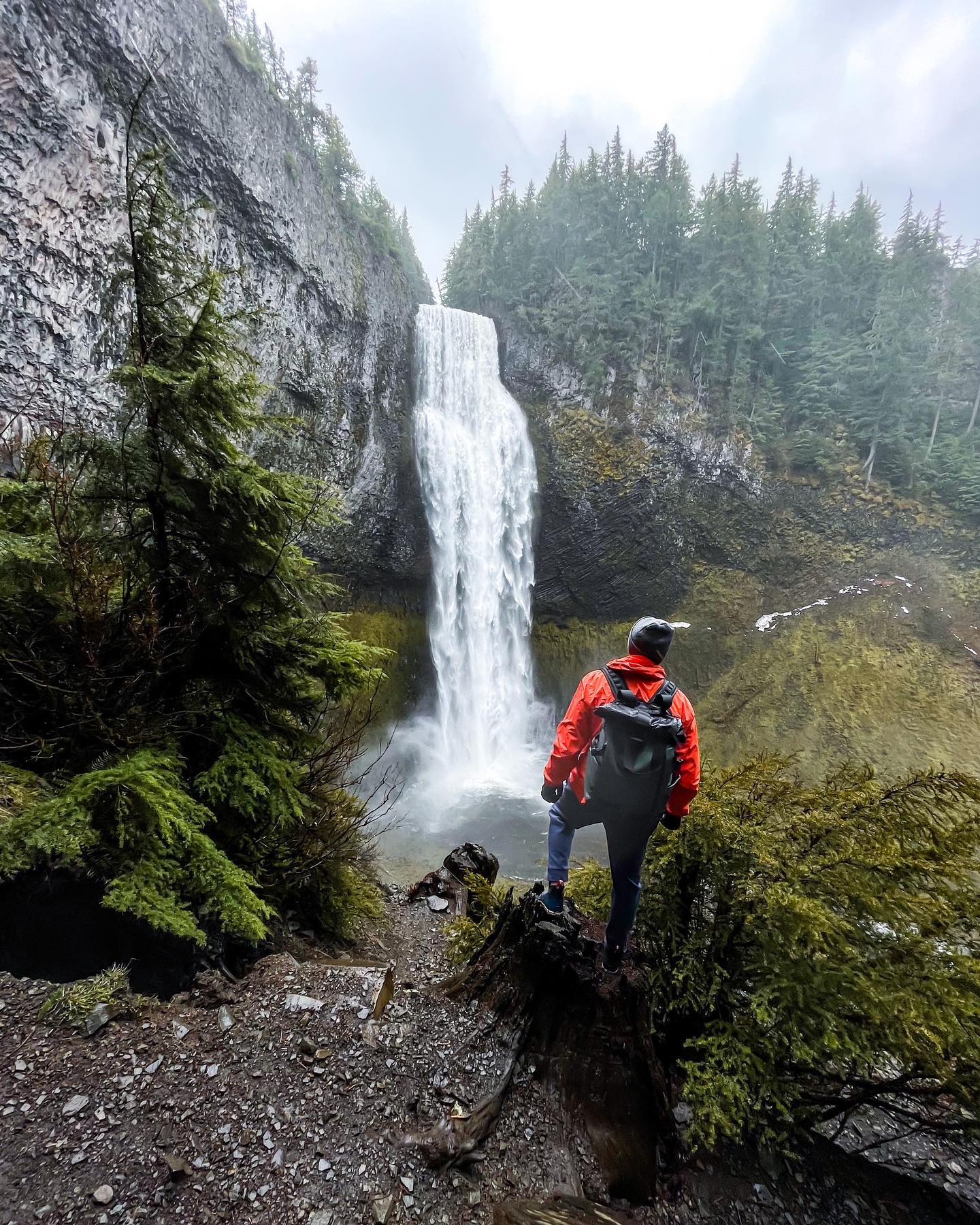 mathersonthemap
•
Follow
Let’s go chasin’ waterfalls! 💦 Recently we’ve had a lot of questions about why Oregon is one of our favorite states and the truth is… what’s not to LOVE! One minute you can be at the most perfect waterfall and the next you can be sipping wine overlooking beautiful vineyards…and let’s not even talk about the mouth watering food of Portland, crazy scenic coastline, and rigid rocks of Smith Rock state park! There’s literally something for everyone and we are just all about it! 😍
View on Instagram |
9/14 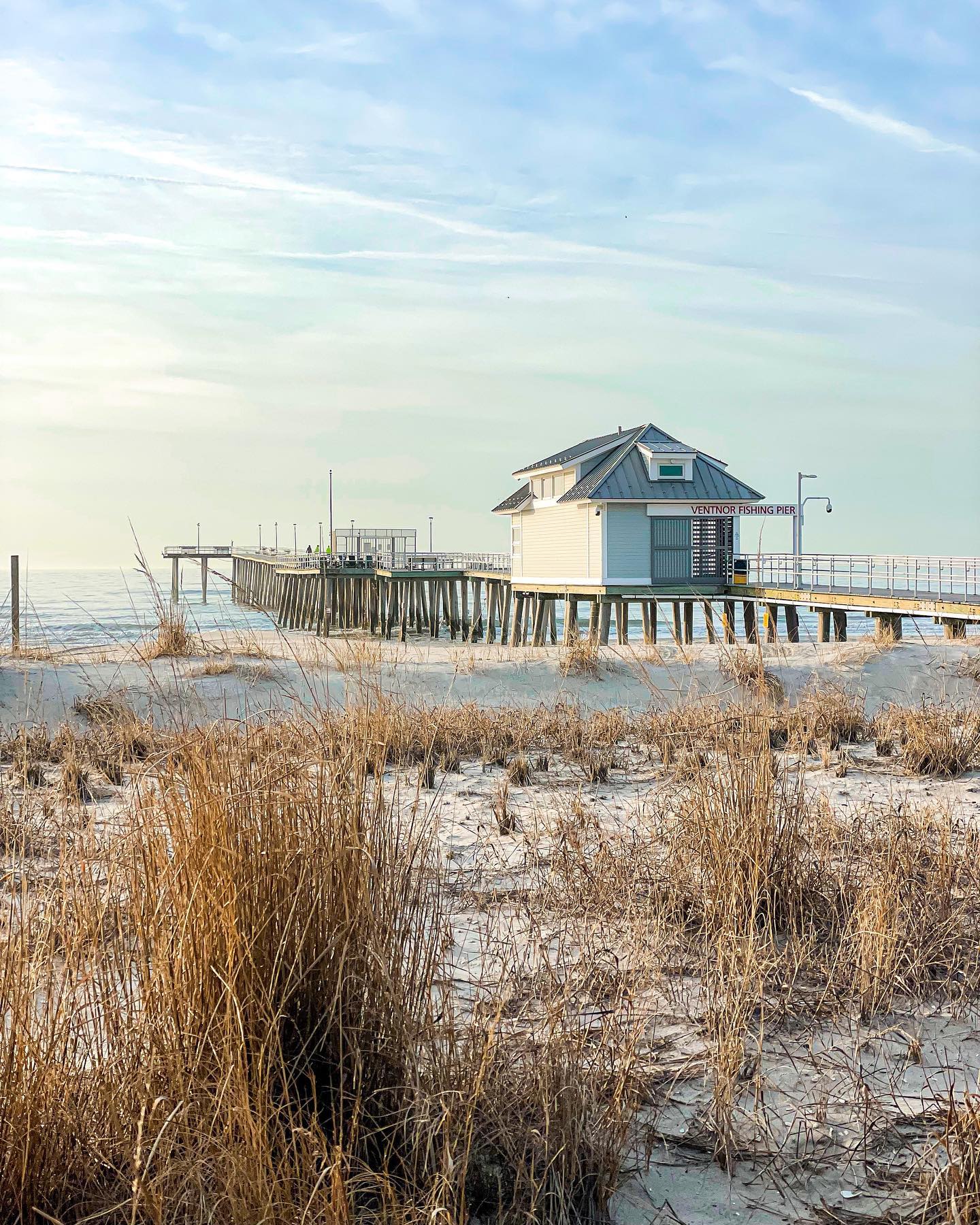 mathersonthemap
•
Follow
Heading out for a new adventure tomorrow and we are nowhere near ready! These last few days at home we have been enjoying family time, taking in these beautiful ocean views, and trying to get some work done before it’s back to #vanlife tomorrow! What have you guys been up to lately?
View on Instagram |
10/14 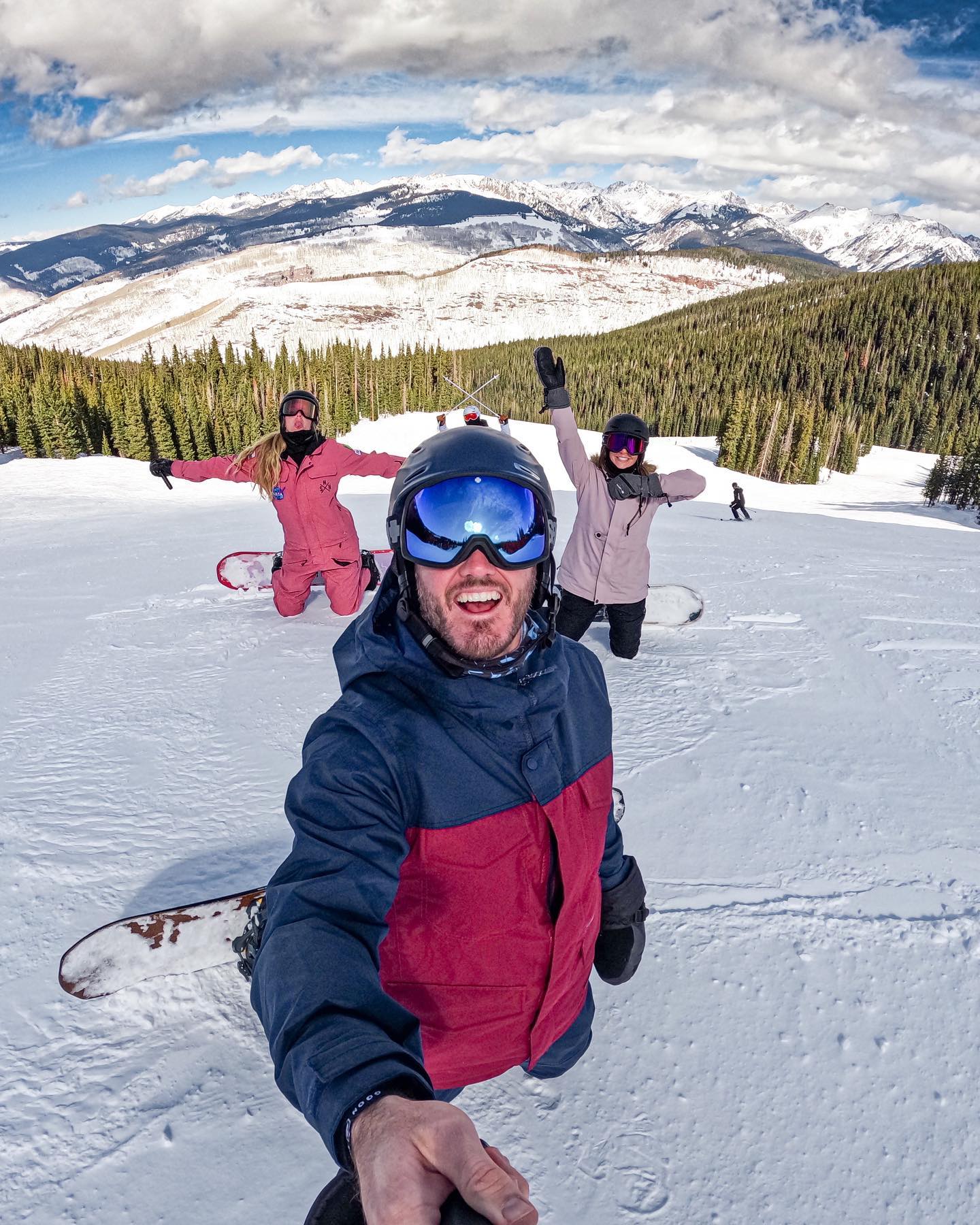 mathersonthemap
•
Follow
Today officially marks the end of our winter snowboarding season! 😥 Although it was much shorter than last year for Taylor, we still had just as much fun conquering more of the Colorado Rockies (Tayl’s favorite so far) and I personally loved checking out Whistler with the guys! 🏂🎿 Buuuuut, in two days we are meeting back up with @bornandbound and couldn’t be more excited to tackle our 26th country with them and celebrate Molly’s 30th birthday 🎂 … someplace warm!!! Cheers to a new adventure! 🍻
View on Instagram |
11/14

mathersonthemap
•
Follow
Good morning!! ☀️ ☕️ It’s Tuesday and we have a super fun new vlog coming today! Check out Kevin and the boys as they take on the largest ski resort in North America and have a blast while doing it. Luckily for me Kev made it home in one piece, there were times when I wasn’t so sure! 😰🗻
View on Instagram |
12/14

mathersonthemap
•
Follow
Good morning everyone! ☕️ Our new vail snowboarding vlog is going live today, but before we get into that Kevin and I just want to give a little shoutout to @born and bound! Last week we posted a van tour of their unique Ford Transit layout because it seriously is one of the homiest/cutest vans I’ve ever been in. This week we hope to show you a little more of them because honestly these two are awesome! After being “internet friends” for a little over a year, we finally had the opportunity to meet up and hang out in person, and it was soooo much fun! Molly and Ken are absolute legends and we honestly look forward to more travels together in the future! Also if ya haven’t already, head over to YouTube to check out their van and channel! Their seriously AWESOME!
View on Instagram |
13/14

mathersonthemap
•
Follow
Vail views 😍 We may not have gotten a whole lot of powder, but we definitely enjoyed the views and making mems with our new pals Molly && Ken! Now…. Where should we all head next?
View on Instagram |
14/14
View on Instagram

Welcome to Mathers On The Map!

Hey y’all!  Welcome to Mathers On The Map, we are Kevin and Taylor Mathers!  As I’m sure you know from our homepage, we are a husband and wife duo consumed by frequent travel and adventure!

Although Mathers On The Map is mainly a travel blog, it is also a blog about teaching others how to essentially travel for free as well as a place where we can share our journey to financial freedom.  Our hope is to inspire YOU to take YOUR first step towards healthy financial habits and financial freedom so you can spend more time doing the things you love!

Kevin and I met in 2010 while attending Rutgers University.  Here Kevin studied business and I studied psychology, before ultimately graduating and starting an 11-month second degree BSN program at Drexel University.

While I spent the better parts of 2014 and 2015 studying to become a nurse, Kevin plunged headfirst into what some refer to as “The Rat Race.”  After working in his career for a year and a half, Kevin was relocated to Southern California where I joined him in early 2017.  However, before joining him in Southern California, Kevin and I embarked on an eight-month long-distance relationship.  It was during these eight months when Kevin dived deep into internet forums and read hundreds of blogs on how to save money on flights and hotels.  He figured out how to fly for next to nothing which allowed us to be able to see each other monthly during this time.

It also was around this time that Kevin started losing interest in his career path and started to look into other avenues to make money.

By the fall of 2017, we moved to Portland, Oregon and were completely consumed by the idea of traveling and exploring as frequently as possible.  And with the help of Kevin’s money-saving travel tricks we were able to explore much of the west coast before moving to Hawaii for one of my last stints as a travel RN.

In 2018, Kevin and I finally got married after being engaged for two years and moved home to be closer to family.  Though these past few years at home have been amazing, Kevin and I still find so much joy and happiness in traveling.  So we have continued to feed our passion by pursuing the goals of, 30 under 30 and Van Life.

Though Van Life is not something that excited me as much as it did Kevin, we decided to give it a go and spent 2019 and 2020 converting our 2015 Mercedes Sprinter Van Merl.  After a little over a year of building out the van into our perfect tiny home, Kevin and I are finally on the road full-time in hopes to explore all the little nooks and crannies of our beautiful country.

Now enough about us, we hope this blog motivates you to take the first step into doing what you love.  Whether that is achieving financial freedom, finding recommendations for your upcoming travel, deciding where to travel, or just finding what makes you happy!